en - About LAG
About LAG

Landscape of my Heart is a Local Action Group (LAG), which brings together amateur and professional public, supporting the rural development trough out the 46 municipalities in South and Central regions of the Czech Republic. Operating on an area of 598.03 km2 in which 19 261 inhabitants live. The average population density of the area is 32.21 inhabitants per km2 (Czech national average is 130 inhabitants/km2).

This LAG began operating in September 2003, responding to the upcoming European Union’s subsidy program called LEADER+. In the first trimester of 2004 Landscape of my Heart was registered by the Ministry of Interior as a Civic Association under the Law nº 83/1990 Coll, creating an Association for the citizens.

With the Strategic Plan for the new Leader Program period of 2007-2013, was created the “Together – Clean, Make Accessible and Refresh the Landscape” Plan, rated as the best strategic plan of the country by the Committee for evaluating Leader Strategic Plans. Since then, Landscape of my Heart is managing the European Union Funds, distributing them among farmers, entrepreneur’s, nonprofit organizations and its partners which are operating in our intervention area.

Information about the European Agricultural Fund for Rural Development is available at: http://ec.europa.eu/agriculture/rurdey/index_cs.htm

The LEADER approach is defined in the article 61 of Council regulation (EC) No 1698/2005 on support for rural development by the European Agricultural Fund for Rural Development (EAFRD) and includes these components:

Supported projects by  “Landscape of my Heart”:

On a regular basis courses of English and German are organized for children, adults, beginners and even advanced speakers.

LAG organized international Czech-Polish stay in Smilovy Hory. In the other way around, our youth participated in youth exchange programme in Polish village Nowa Wies by the city of Walbrzych. There was also a youth exchange in Lithuanian town Plunge and one youth exchange in Sevilla, Spain.

LAG Landscape of my Heart has put in practice the project “Village Market” which is a mapping web application for business and non-profit subjects in the area of LAG, allowing addition of announcements and information about planned events. More information on www.venkovskatrznice.eu

LAG realized project “Landscape care” which was aimed to create a partnership among the state authority, villages, agricultural companies, experts and participants in landscape maintenance project. Currently we are working on our project “Craft has its gold bottom” and thanks to this particular project few clubs of folk will be creatively equipped and with it 47 courses of crafts will be hold for the public. For more information go to www.remeslomazlatedno.cz

Various youth exanges were supported by the LAG in countries like Poland, Greece, Finland among others.

After the success of last year camp, we organized another one this year in Smilovy Hory.

For the traditional promotion activities we hold Easter and Christmas in our LAG “Landscape of my heart”. 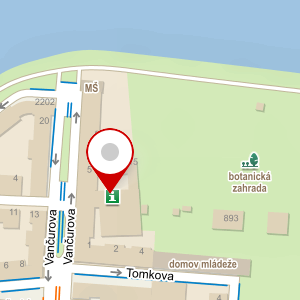